500 years ago a misunderstanding occurred between the peoples of Europe and the peoples of the Americas. Today, what we are attempting to do is create spaces for true encounters between peoples. This has to happen by obligation through reconciliation, that is, the acknowledgement of mistakes made, the asking of forgiveness and the restitution of faults committed.

We are condemned to understand each other or degenerate together. The Western world is dying because of its lack of sacredness and its estrangement from nature. The claims of omnipotence and deadly materialism. Obvious and simple things like having the earth underfoot and the sky overhead have been forgotten. The Western world has reduced its mental space to a boring horizontality that tries to compensate through its projections, illusions and delusions. The extremes of this desperate escapism is shown in the extraordinary invention of virtual reality which aims to recreate what cannot be lived in this everyday and ordinary reality which is, in those eyes, devoid of appeal. When the modern individual forgets, the gods lose their ability to marvel at the miracle of life and the individual loses themselves in disconnected mental labyrinths of the heart. Trying at all costs to understand and rationally explain phenomena, the Western mindset remains in the world of appearances and the ability to contemplate mystery atrophies. We, white men and their followers, die because we no longer know or hear the whisper of silence, the voice of nature, the breath of spirit. We are dying of starvation because we are no longer nourished by the food of the gods, the mana that falls from heaven and continues to fall with all the generosity of the Eternal.

We are condemned to understand each other or degenerate together. The Western world is dying because of its lack of sacredness and its estrangement from nature.

It is a different degeneration that threatens indigenous peoples and ancestral cultures, but it is no less dangerous. The warriors of the past have become predators to each other and they harm themselves on an individual and collective level. Tribal wars, ethnic wars, witch-wars. The myth of justice and balance (in its positive sense, etymologically) has been reduced to reciprocal aggression. The curing practices are infested with witchcraft, spells, damage, power struggles, widespread envy and hidden intentions, the indigenous world uses its knowledge of the forces of nature to transform them into concealed weapons that are not only defensive but frankly aggressive. The warrior lost his way; the fight was no longer a ritualized act of the re-establishment of equilibrium but a way of venting hatred. This is how he came to lose his soul and dignity even in his own eyes. The gods became mute to their children who no longer listen to their elders, who do not respect elders and ancestors, and who shun the traditional teachings.

While morbid guilt invades the Western world, secret resentment rots indigenous souls. The invasive extroversion of the Westerners is met by the unhealthy introversion of the Indigenous. Facing the superiority complex of modern culture, an inferiority complex manifests in traditional villages, generating unconscious compensatory inversions. So we all live a dramatic schizophrenia that generates multiple delusions. We need to heal ourselves of our mutual projections and the alienating fascinations that are products of reciprocal ignorance. The indigenous youth is fascinated by the siren song of materialism, of easy money, of the magic technology and illusions of debauchery that are confused with freedom. Meanwhile the young Westerner naively idealizes exotic spiritualties, the return of the "noble savage" and the myth of a primitive and innocent man, pure and good-natured. And so we dream whilst awake, between unreal bliss states and imaginary fears of the other, avoiding confrontation with ourselves and with our past and our history, individually and collectively. 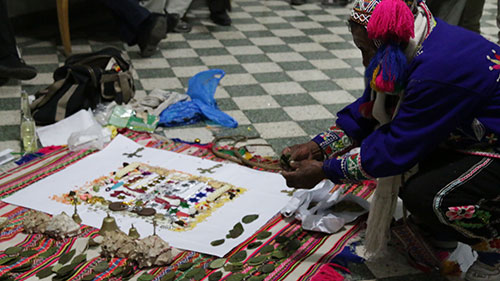 We have no choice but to heal each other, know each other, educate each other. It is urgent that we lose the fear of others and the unknown and regain faith in life. Our disease is spiritual in nature and as the French thinker Andres Malraux said, the century that is approaching will be spiritual, or it will not be at all. The indigenous world discovered the force of spirit in the natural world and knew how to defend the values of the collective ahead of the sum of its parts. The West encouraged the emergence of the spirit in man and recognized the value of the individual in the social group. The non-Western traditions must learn to give access to a personal and individuated path (in the Jungian sense) for each member of its society. Western culture must in turn recognize the limits of individual freedom to protect the legitimate and essential interests of groups and regain respect for nature. It is worth mentioning that this requires a mutation of psychic horizons for both cultural approaches.

This change has two phases; the first is to recover sacredness, the roots of our identification with our ancestors and where they come from, re-appropriation of our own history for the recovery of our dignity, then, a making room for the expansion of our approaches that allow for exchange, the opening of borders, and getting closer with one another. We have to forgive ourselves to achieve the ability to forgive others. That road leads to the cross-fertilization of cultures, mutual enrichment, a true integratory “mestisaje” (mixing) in place of the contemporary dissociation that now governs our lives, that fragments us, disintegrates us. Like it or not, we walk now towards a psychological, cultural and racial “mestisaje” and the universalization of human society: it is our responsibility to not become a boring and sad uniformity or a valuable plurality. Let’s not erase our specific tendencies and particular natures to merge in an artificial way, better that we learn to simply be different in order to further enrich our diverse gifts.

With fear, we only see in the other the reflection of our own shadows and our own little devils frighten us, our own darkness. Let us lift our gaze so that my eyes look into yours and see light, wisdom and love so I may recognize that this also lies at the core of my being, because you are a faithful mirror of all the beauty and positivity that lives in me.

One day I saw the serpent that was nestled in the head of the Western being and in the abdomen of the indigenous being in its dual representation, the wise serpent, medicine and healing and the demonic serpent, poison, harm. The Western serpent was the strength of rational thought, with words and other harmful elaborate and discursive aspects of the mental labyrinth and the calculating coldness that leads to madness. The indigenous serpent was intuition, the intensity of the immediate senses, direct contact with matter and the impulsive functions and violent passion towards destructive aggression. When the two serpents uncoil, they will come together at heart level, at the zero point of creative knowledge, of true intelligence. There, they form the eight of infinity. They will open new horizons for the human race; the energy can flow freely and connect head and feet, heaven and earth.

The ways of humility, patience, tolerance and love are asked of us so that individuation does not turn into individualism, so that the collective does not turn into an oppressive force over liberty. Let us seek enough courage and audacity to enter into the depths of our souls where inevitably we find the immutable laws of life, the morphogenic, fundamental ethics that gave the divine sacrament to all and every one alike. There, everything is written not as a moralistic code but as poems to life or as mythical sagas; all is said not according to the discourse of reason and revolutionary speeches but with the voice of silence and song of love; all is not medical tables and technical drawings but parables and metaphorical visions. Here in the nucleus of our being the voice that calls us resounds, the words that were given to us come to life, that which created the basis of our vocations. Knowing the vocations that were offered to us as a destiny, we will then know what limits were imparted on us and what spaces and dreams we choose to conquer and make real so we may bloom.

I think we are just discovering that the path of true freedom is not without limits and responsibilities, individual and collective. Surrender (in French "se livrer" liberation) is a condition of liberty.

Let's stop hiding in empty speeches and virtual realities in order to embody the spirit, and spiritualize matter instead, as the mystic and scientist Teilhard de Chardin once said. We want to live here and now, not in outdated indigenisms or with the hollow promises of cyber shamanisms. The path of knowledge and love commits us to the social body. Let’s ask ourselves what the concrete service is that will induce our own process of liberation. Will the tree have fruits? Compassion must be passive in meditation, prayer, and contemplation but very active and pragmatic in service, in the interventions of the social fabric, in the curing that alleviates the suffering of others.

We also wish to address the point that seems most crucial at the present time, dealing with the possible degradation of the Spirit that guides us and the destruction of the resources that were put at our disposal. It is therefore necessary to define the ethics that reunite us and what is endangered with risky methods of cultural or spiritual mestisaje, emergences in the environment of the "new age" and exploitations for the purposes of personal spiritual thirst. What of neo-shamanism? What of the teachers and sects sprouting up everywhere? What of the shamanic tourism? There is also the danger of the mental eagerness of postmodern societies that are willing to destroy sacred sites, forests and representatives of native groups to achieve their purposes; they even intend to take over the intellectual property of ancestral knowledge and lodge patents over plants that are medicinal, nutritive, ornamental, domestic or industrial. Danger also exists in the mental rigidity that tries to ignore and prohibit ancestral knowledge, especially in the healing field in the management of master and visionary plants. 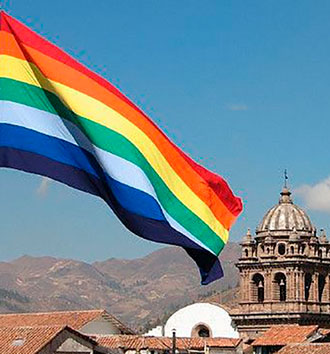 Being that it is the time of recognition of errors and being that I am a white man who came to the Americas to learn from the natives of this continent, from you ladies and gentlemen who are the guardians of the ancestral spirit, representatives of indigenous peoples, permit my boldness in asking your forgiveness for the harm that our culture and our race has caused to your land, your ancestors and your families, your culture and your gods. May the hour for reconciliation come and also for the healing of wounds. I ask that this CISEI council space may be a meeting place and fellowship where we can all learn to become chakarunas, the human bridges that were predicted by the majestic Inca culture. Bridges between cultures, between races, between wisdoms. May we take on the risks of merging and liberating each other and may we become brothers and sisters for the present and future of our planet. May we lift our eyes up, to where the barriers that exist between men cannot be seen by the gods.

To do this, I want to display the flag of Tahuantinsuyo, the empire of the four suyos, so it can become the flag of the four corners of the world where we come from, the rainbow the symbol of new alliances, a permanent sign of the union of Heaven and Earth.