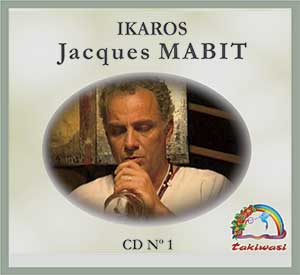 Jacques Mabit, Medical Doctor, University of Medicine and Medical Techniques, Nantes (France), Diploma in Tropical Pathology (IMT-Anvers) and Naturopathy (Uni Paris XIII). After his interest in Peruvian traditional medicine systems and practices wan awaken during a medical mission, he went through many years of traditional medical learning in different regions of the Peruvian Amazon. In 1992, he founded the TAKIWASI Center where intercultural medicine is practiced, nurtured by native traditions and modern knowledge. Because of his research he has been entitled as an honorary member of the Association of Psychologists of Peru, and as an Extraordinary Professor at the Southern Scientific University (Lima). He participates in the board of the Transcultural Psychiatry Department of the Peruvian Psychiatric Association and was elected a Fellow of Ashoka Foundation in recognition of his encouraging work as a "social entrepreneur".

Through this platform you can have access to a previous listening of each of the ikaros contained in this album: